France’s foreign minister has said his newly-appointed British counterpart, Boris Johnson, is a liar with “his back against the wall”. 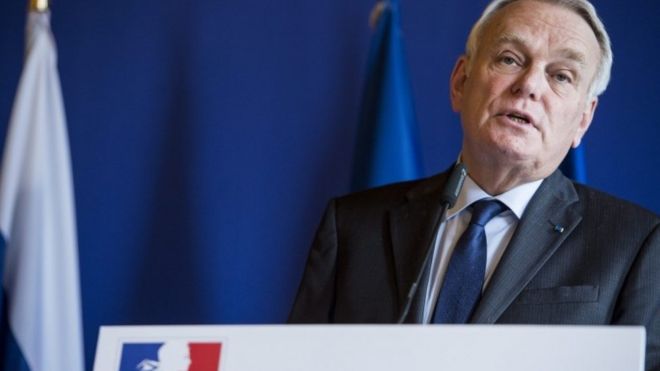 In comments to Europe 1 radio, Jean-Marc Ayrault said Mr Johnson had lied to the British people during the recent EU referendum campaign and would now be under pressure “to defend his country”.

He said France needed a negotiating partner who was credible and reliable.

The former London mayor led the campaign to take Britain out of the EU.

He was expected to stand for the Conservative party leadership in the wake of the referendum result, but did not put himself forward after key colleagues withdrew support.

His appointment as foreign secretary has surprised many politicians and commentators around the world, who have recalled his history of undiplomatic or offensive comments.

Mr Ayrault said: “I am not at all worried about Boris Johnson, but you know his style, his method during the campaign – he lied a lot to the British people.

“I need a partner with whom I can negotiate and who is clear, credible and reliable,” he added.

“We cannot let this ambiguous, blurred situation drag on… in the interests of the British themselves.”

France and other EU states have urged Britain to start the process of leaving the EU promptly, to minimise uncertainty.

New Prime Minister Theresa May has promised to implement Britain’s exit from the bloc but has not said when she plans to trigger the formal exit procedure.

ALSO READ  How to Stop Fighting in Front of Your Children

She has already spoken to French President Francois Hollande. Mrs May’s spokeswoman said she “explained that we would need some time to prepare for these negotiations”.

PDP Crisis: Makarfi Wants Members to Stop Talking Too Much

If Okonjo-Iweala Said It, So It Will Be!