Ms. Hadiza Bala Usman’s name has reportedly been submitted to President Muhammadu Buhari to replace Alhaji Habib Abdullahi as the next Managing Director of the Nigerian Ports Authority (NPA). Abdullahi was reinstated by Buhari in August 2015 after he was sacked by former President Goodluck Jonathan in April 2015. 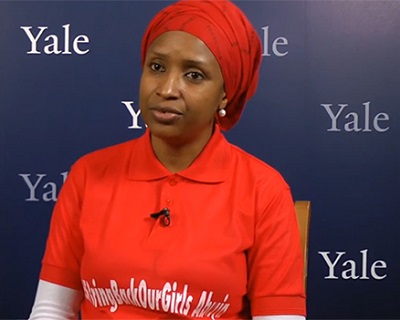 Amaechi was not impressed by how NPA was being run and had made his case to Buhari.

Buhari, on the other hand, was favourably disposed to Hadiza and may confirm her anytime soon. The president had close affinity with Hadiza’s father, the late Prof. Yusufu Bala Usman, a renowned Ahmadu Bello University (ABU) academic, historian and activist.

Currently, two chief executives of the foremost parastatals under Amaechi’s ministry ”“ Nigerian Maritime Administration and Safety Agency (NIMASA) and the Nigerian Railway Corporation (NRC) ”“ are from the south.

Hadiza’s confirmation is expected to balance the equation being a female from the North. She will also be the first ever female boss of NPA.

Ms. Bala Usman, 40, is the chief of staff to the Kaduna State Governor, Nasir el-Rufai, and a member of the All Progressives Congress (APC).

Born in Zaria, Kaduna State, on January 2, 1976, she grew up on ABU campus under the watchful eyes of her father who was a staff there.

Hadiza obtained her Bachelor’s degree in 2000 from the same university and her Master’s degree from the University of Leeds in 2009.

She worked for a non-governmental organisation, the Centre for Democratic Development and Research Training (CEDDERT) in Zaria, as a research assistant for a year starting in 1999.

Hadiza also worked for the Bureau of Public Enterprises (BPE) when el-Rufai was the director-general of the privatisation agency and moved with him to work as his Special Assistant on Project Implementation.

In 2011, she worked as Director of Strategy for the Good Governance Group (3G). In 2015, she was appointed Chief of Staff to the Kaduna State governor.

In 2014, she co-founded the Bring Back Our Girls (BBOG) in conjunction with the former Minister of Education, Mrs. Oby Ezekwesili, to demand freedom of the girls kidnapped by Boko Haram from their school in Chibok, Borno State.

She is married to Dr. Tanimu Yakubu, former Chief Economic Adviser to the late President Umaru Musa Yar’Adua, and they have two sons.